The AGM was held at the Jewish General Hospital’s Institute of Community and Family Psychiatry, 4333 Cote Ste. Catherine Road, Montreal, Québec, on June 11, 2019 at 7 pm.

Upon entry to the auditorium attendees received handouts including the agenda for the meeting, minutes of the 2018 AGM, slate of the proposed new board with biographical notes, a list of award recipients, and the annual report for 2018-2019.

Anne Newman, Treasurer, reviewed the financial statements for the year 2018-2019. In the past year Revenues were higher than Expenditures ($737,958 and $607,923 respectively), though some $80,000 belong to the Legacy Fund, an endowment that was created with the view of securing the future of the organization. Recurring funding from the provincial government accounted for close to 44% of expenses in the past year. While the financial statements reflect a healthy state of AMI’s finances, we should recognize the potential vulnerability due to a high dependence on non-recurrent funding, usually over 50% of our operating budget.

Election of new Board

Fundraising consultant Pam Litman provided a brief overview of fundraising activities over the year, proceeds of which were earmarked to support AMI’s programs.

A presentation of awards was made to the following individuals:

Ella thanked the volunteers who multiply our capacity to offer help, and the AMI staff for their hard work and continuous care.

The meeting was attended by some 50 people and was adjourned at 8:30 pm. It was followed by a reception. 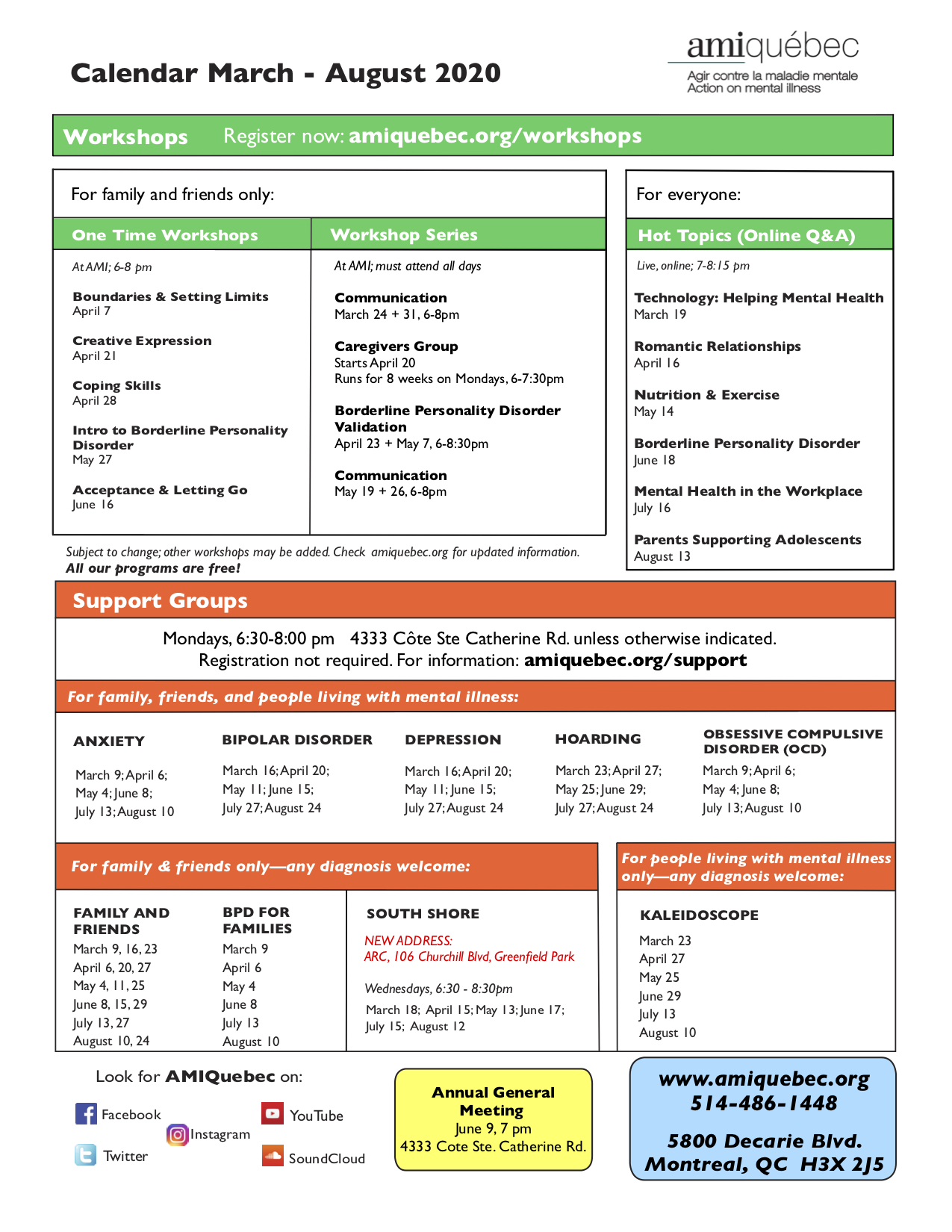 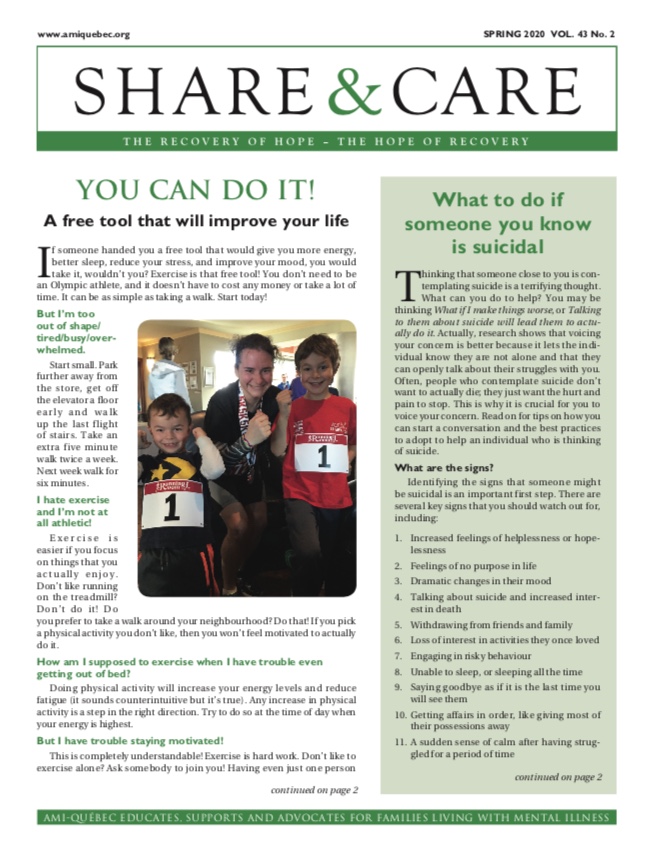