Peer Support in the Douglas and Jewish General Hospital ERs 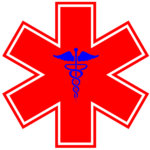 AMI-Quebec offers information and support to caregiving families who go to the Emergency room of the Douglas Institute or the Jewish General Hospital with a relative or friend in crisis.  A family peer support worker with caregiving experience meets one on one with families. Their role is to listen and support caregiving families going through a time of crisis. Depending on the needs of the caregivers, they may share coping skills or orient them toward additional useful resources in their community. Based on their own experience and on their knowledge of the hospital organization they can also provide information about the hospital treatment units, the role of an emergency unit, privacy laws, rights of patients, and court order procedures.

For more information about the Family Peer Support Service in the ER, call AMI-Quebec: 514-486-1448.

Peer Support in the ER is a project piloted by AMI-Quebec in partnership with the Douglas Mental Health University Institute and the Jewish General Hospital. 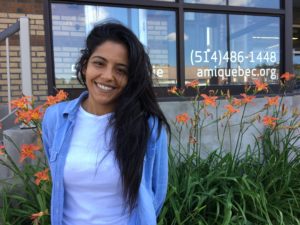 Fear, hopelessness, anxiety, and distress are common emotions caregivers experience. The unknown triggers constant worry that looms like a permanent dark cloud over a caregiver’s head. Even during a period of calm and relative stability, the worrying thoughts may linger.

A crisis is a time of intense difficulty shaped by uncertainty and internal chaos. For a caregiver, navigating the murky waters of a crisis can feel overwhelming and insurmountable. A caregiver might attempt to conceal certain feelings from their ill loved one for fear of causing further concern. Despite their good intentions, they might express frustration given the bewildering and perplex nature of the situation. Or, most incapacitating, they might surrender to severe guilt. Whether a caregiver displays an air of calm or a state of panic, below the surface may lay turmoil and a sense of disorientation.

Once the decision is made to walk through the doors of a psychiatric emergency room, there may be a series of complex and conflicting emotions and thoughts that arise, especially for a first-time episode. Was it the right choice? Will I finally experience some respite? Will my loved one consent to emergency treatment? Is recovery forthcoming?

It is important to remember that a caregiver is allowed to be vulnerable and scared despite their responsibilities. Denying those feelings can lead to increased isolation and amplified anguish. For this reason, the Family Peer Support Worker at the emergency is available to meet with family members in order to create a space for them to talk openly, without judgment, and receive information on available community resources that could help during and after an emergency room visit.

The support offered by the peer is guided by beliefs in hope, healing, empowerment, and recovery. The FPSW holds a safe place for family members to express their concerns and inquiries. She provides empathetic validation and reassurance. The support provided by the FPSW within the fast-paced dynamic of the emergency can be instrumental in helping families to sail across a crisis as smoothly as possible.

Since the FPSW has lived experience as a caregiver, there is mutuality and solidarity that is established–a powerful bond, however brief. While the FPSW can provide momentary relief or more, the goal is to plant a seed of hope for family members to better cope with their situation. 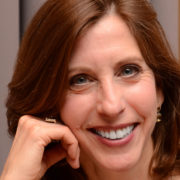 One of AMI’s preoccupations has been the desire to help families struggling with mental illness as close as possible to the onset of the illness. We know that early support can go a long way in helping them cope with the struggles ahead. However, for years we could do that only if families came to us. We recognized the challenge of reaching out to those who don’t necessarily find their way to us and looked for ways to meet families where they are. Some four years ago we came across a project in Ontario where a family peer support worker was seconded to a local hospital with the sole goal of meeting families in crisis to offer a listening ear and a guiding hand. That project was the model for our Family Peer Support in the ER in local hospitals. Our first project was established at the Douglas Hospital, and a similar project was recently launched at the Jewish General Hospital (JGH).

To be able to offer this service, hospital practitioners who treat patients in a psychiatric crisis refer the family, who often accompanies a patient, to our Family Peer Support worker. She, in turn, can then ease the confusion and pain of the family by listening and offering guidance and support.

“All we need is an entry…. someone to help us reach out to these families,” says Lynn Harris, who oversees AMI’s initiative at the Jewish General Hospital.

Although we initiated the project, we viewed it as a partnership and knew that we would begin only when we were satisfied that the Hospital was equally interested in the project. Negotiations with the JGH Psychiatry Department went on for several months; we clearly stated that we would launch the project only when we were confident there were winning conditions. Dr. Karl Looper, the JGH Chief Psychiatrist, and Dr. Judy Glass, Director of Emergency Psychiatry, were instrumental in facilitating the process. Once started Dr. Glass acknowledged, “You knocked on our door, and we just opened it for you.”

The program expanded to the JGH in Autumn 2015 as a pilot project on a part-time basis, and has quickly grown beyond expectations. Harris says, “I always knew this is what we needed to be doing. From eight years ago when I walked in AMI’s doors, this was something I believed in.” In the last six months she’s had contact with 53 family members and overwhelming positive feedback as she continues to expand her hours.

In addition to her work in the hospital’s ER, Harris is trying to build ongoing relationship with other units in the psychiatry department. She says, “The biggest challenge is getting practitioners treating the patients to encourage caregivers to speak to me.”

Harris is happy to help caregivers navigate the labyrinth of the healthcare system. “Caregivers are often so overwhelmed that they don’t even realize initially that they need help managing the system.”

Ultimately, we hope to expand the project to other hospitals. Harris says, “I’m a professional educator. I don’t want this to stop with me.”

Listen to an interview with Lynn Harris: "Caregivers dealing with the mental health issues of a loved one" CLICK HERE 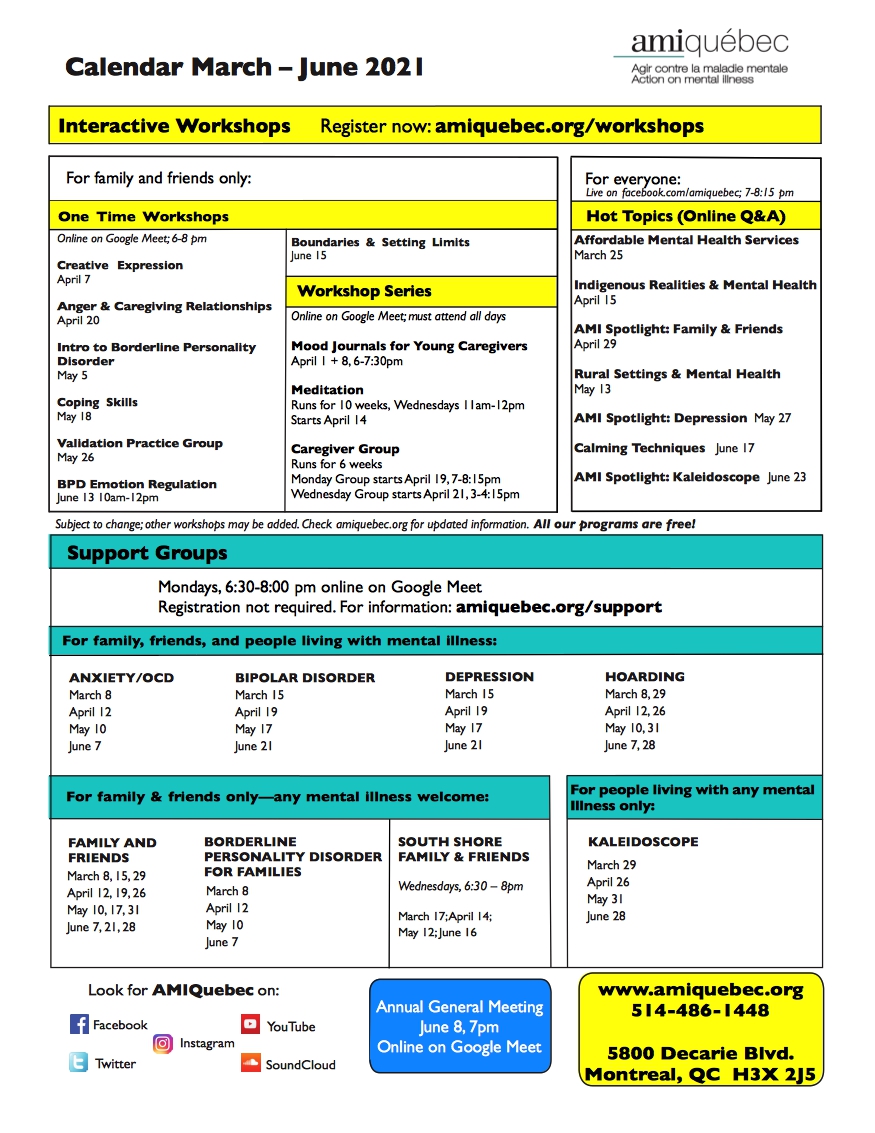 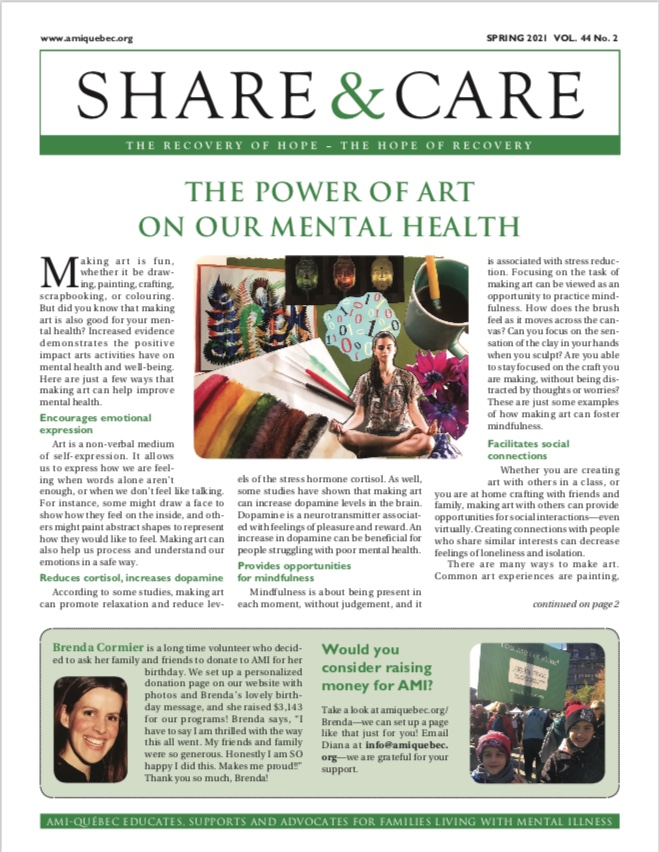