What was it like growing up surrounded by depression and psychosis in a time when no one talked about mental illness?

James FitzGerald is the 2019 Low-Beer Memorial Lecture guest speaker. Don’t miss his talk about the legacy of his grandfather and father, both prominent figures in Canadian health care, who, despite their remarkable achievements, were tormented by depression and psychosis in times when such experiences were largely hidden.

FitzGerald was educated at Upper Canada College and Queen’s University and spent over 40 years in the fields of journalism and book publishing. His second book, What Disturbs Our Blood: A Son’s Quest to Redeem the Past, was a multi-layered exploration of madness and high achievement within his prominent Toronto medical family. In 2010, the book won the Writers’ Trust Non-Fiction Prize and was shortlisted for three other major literary awards.

As described on FitzGerald’s website: “As he watches his own father plunge into a suicidal psychosis, FitzGerald intuits some unspeakable secret buried deep in the family unconscious. Growing into manhood, he knows that he must stalk an ancient curse before it stalks him. To set himself free, he must break the silence and put words to the page. His future lies in the past.”

Join us to hear this remarkable story. 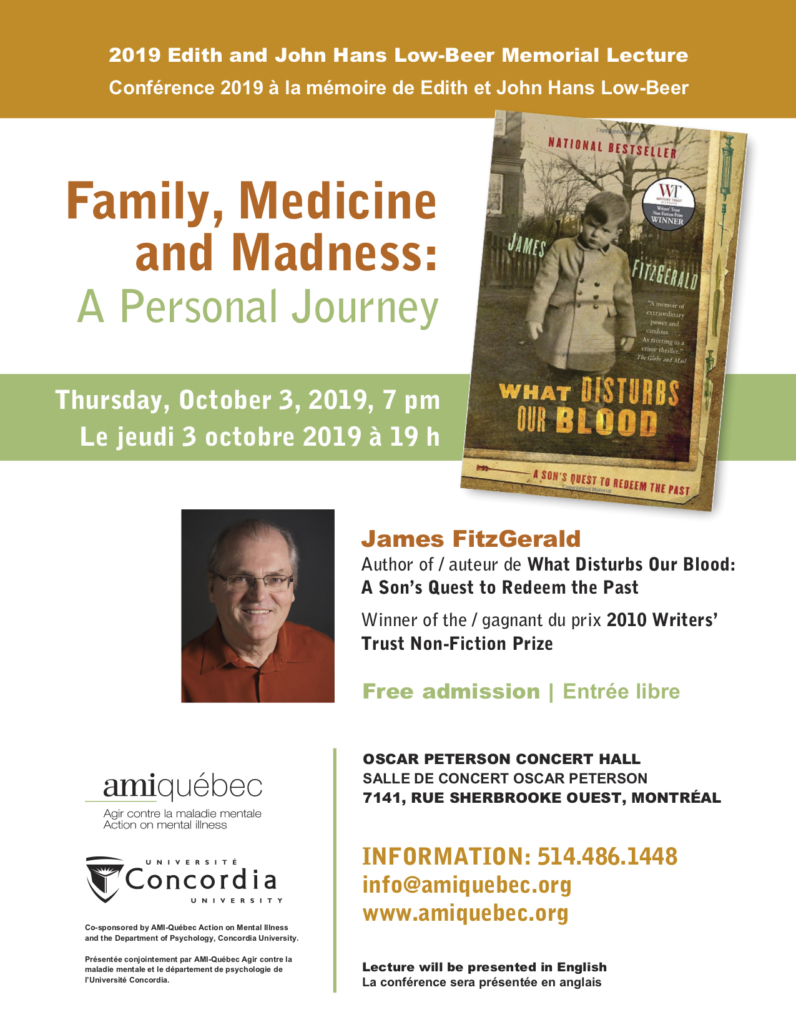 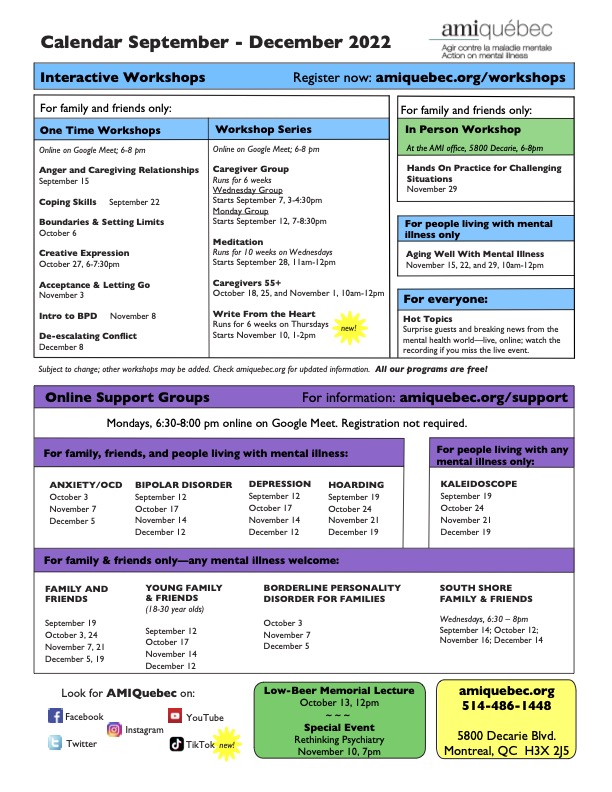 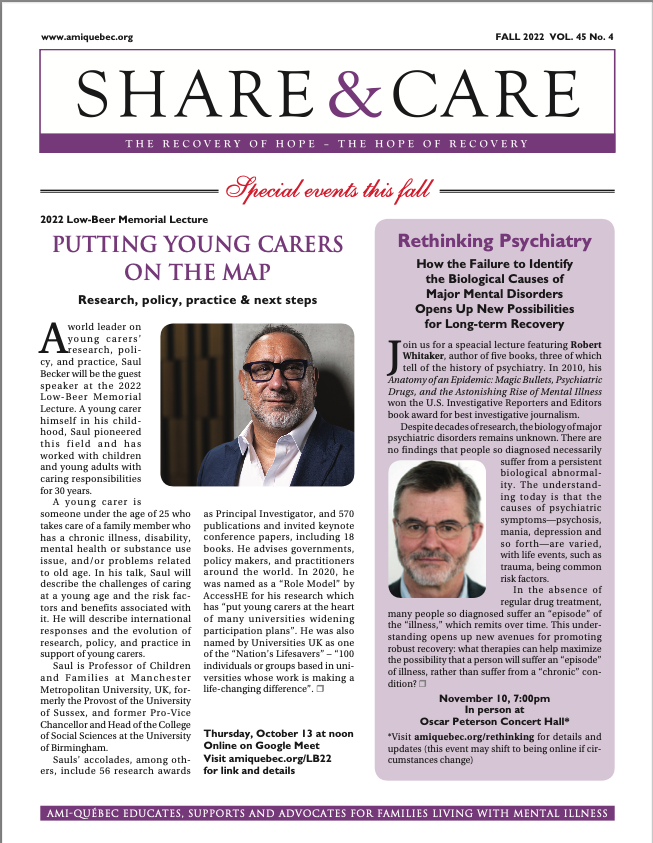